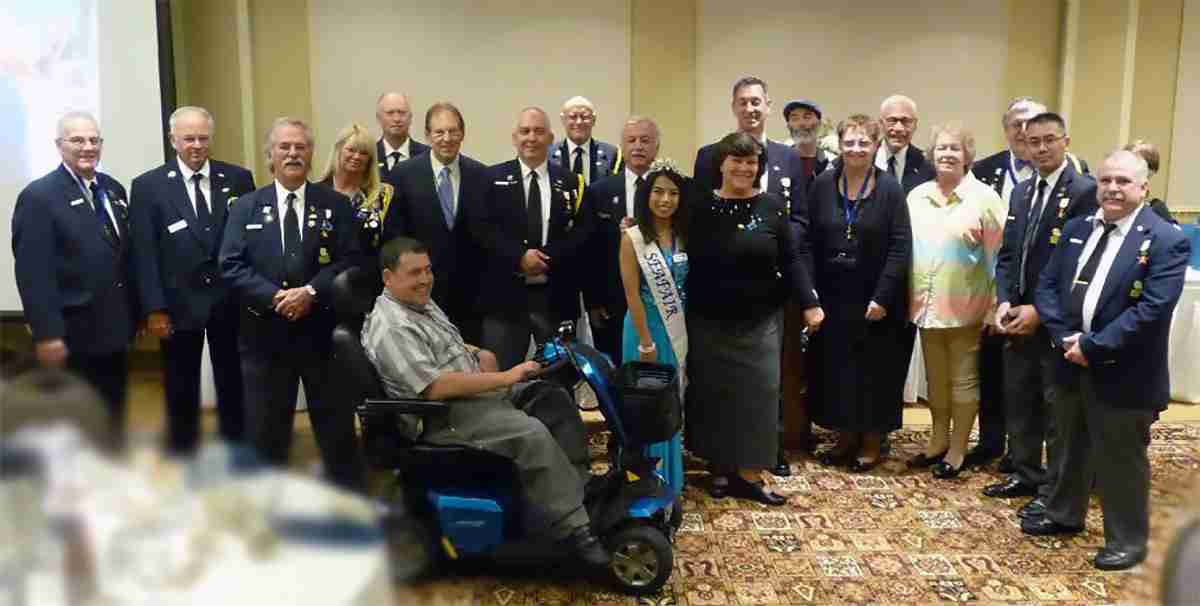 The Parade Marshals assist in the planning, promotion and production of the Alaska Airlines Torchlight Parade at SEAFAIR. The Parade is one of the top in the nation and each summer it attracts more than 300,000 people to the parade route in downtown Seattle; making a wonderful family event.

We also assist over 20 different communities from Whidbey Island to Auburn, from Ballard to Leavenworth. Recommended by the Seattle Police Department to communities for parades within the Seattle city limits.

For more information about becoming a member click here!

Among maritime scholars, there is a common misconception that the Parade Marshal just happened to come along in the year 1949. Actually, the marshal is a descendant of the ancient Greeks, and it is a further documented fact that “parade volunteers” served the twelve kings of Egypt called Rameses who reigned from 1315 to 1090 BC.  This concept was reinforced by the Romans and throughout much of modern history. Therefore, one can readily see that the SEAFAIR Parade Marshal travels in some pretty good company.

On the other hand, irony played a large role in SEAFAIR’s beginning marshal support, for it was the Army who orchestrated the maritime event drawing from a vast corps of urban volunteers. As the event evolved, an appointed Parade Chairman by the name of Colonel Garnett Wilson made use of parade officials giving them the title of “Parade Marshal” which has remained unchanged.

1951 brought about a Torchlight Parade to be held at the end of SEAFAIR festivities. It complimented the early events of the Aqua Follies, Queen coronation, street dances, and neighborhood parades, all for a “Sea Fair”. Marshals found themselves working eleven parades in nine days. The two major parades would continue until 1975, when the Grande (daytime) Parade was dropped in favor of the more popular Torchlight Parade.

1971-1972 became known as the reorganization years within the Parade Marshals. Under Greater Seattle, Inc. and it’s managing director, Arden Aegerter, the Parade Marshals were brought into SEAFAIR as one of the five families, complimenting the Commodores, Boat Club, Clowns and Pirates. Restructuring credit was largely due to the efforts of Conrad Erickson, the Parade Chairman who was asked by Aegerter to establish standard operating procedures, by-laws, hold elections, and define duties much in the same manner as the Commodores. Marshals were acknowledged by SEAFAIR for Meritorious service when in 1971, the King Neptune’s Medal was presented for 20 years of service.

During the 1970s the Parade Marshal’s area of responsibility and civic duty expanded beyond the parades and has continued to its present state. Among their highlighted involvement both past and present are:

In 1976 Parade Marshals organized and executed one of the longest parades in Seattle history, the American Legion National Convention Parade. It was 6 1/2 hours long!

You can find SEAFAIR Parade Marshals of today assisting and coordinating numerous community parades, as well as producing the Torchlight Parade during SEAFAIR.

It is impossible to mention all who are responsible for making the Parade Marshals what they are today. To those of you who have served us in the past, who serve us now and who will serve in the future, we honor you, we salute you, we thank you.

Past Chief Marshals of the Seafair Parade Marshals